Objective Development’s software application offers new innovative features in this new version, such as a world map where you can comprehend and live-control all Internet connections of your Mac computer.

With new features and a whole range of improvements and enhancements, version 4 of Little Snitch is launched on July 5, 2017. The software application developed by Objective Development Software GmbH from Vienna, Austria was presented for the first time in 2003. It is an application-based interactive firewall for outgoing and incoming connections. Little Snitch warns the user when an installed application tries to connect to the Internet, preventing personal and confidential information from being sent without explicit consent of the user. Little Snitch monitors and filters the Mac computer’s network traffic on application level and offers detailed, rule-based filter options. Connection attempts which are not yet covered by a user-defined rule can be allowed or denied interactively by the user.

Primary goal of this update is to further optimize usability and appeal new target groups of people who are interested in privacy issues, but are not tech-savvy IT experts. Version 4 of Little Snitch, which has evolved into one of the most popular software applications in the field of privacy for the Mac, has some innovative features to offer:

Little Snitch 4, the fourth version of the popular macOS firewall software, is available from July 5, 2017 (available as a beta version since June 2017) and can be purchased and downloaded at www.obdev.at/littlesnitch/ for US $45 per single license. Customers who already own a license for version 2 or 3, get the upgrade for just US $25.

Little Snitch offers a free demo-mode in version 4, which offers the same protection and the same functionality as the paid version. The network filter (firewall) will be deactivated after three hours, but it can be re-activated as often as desired. 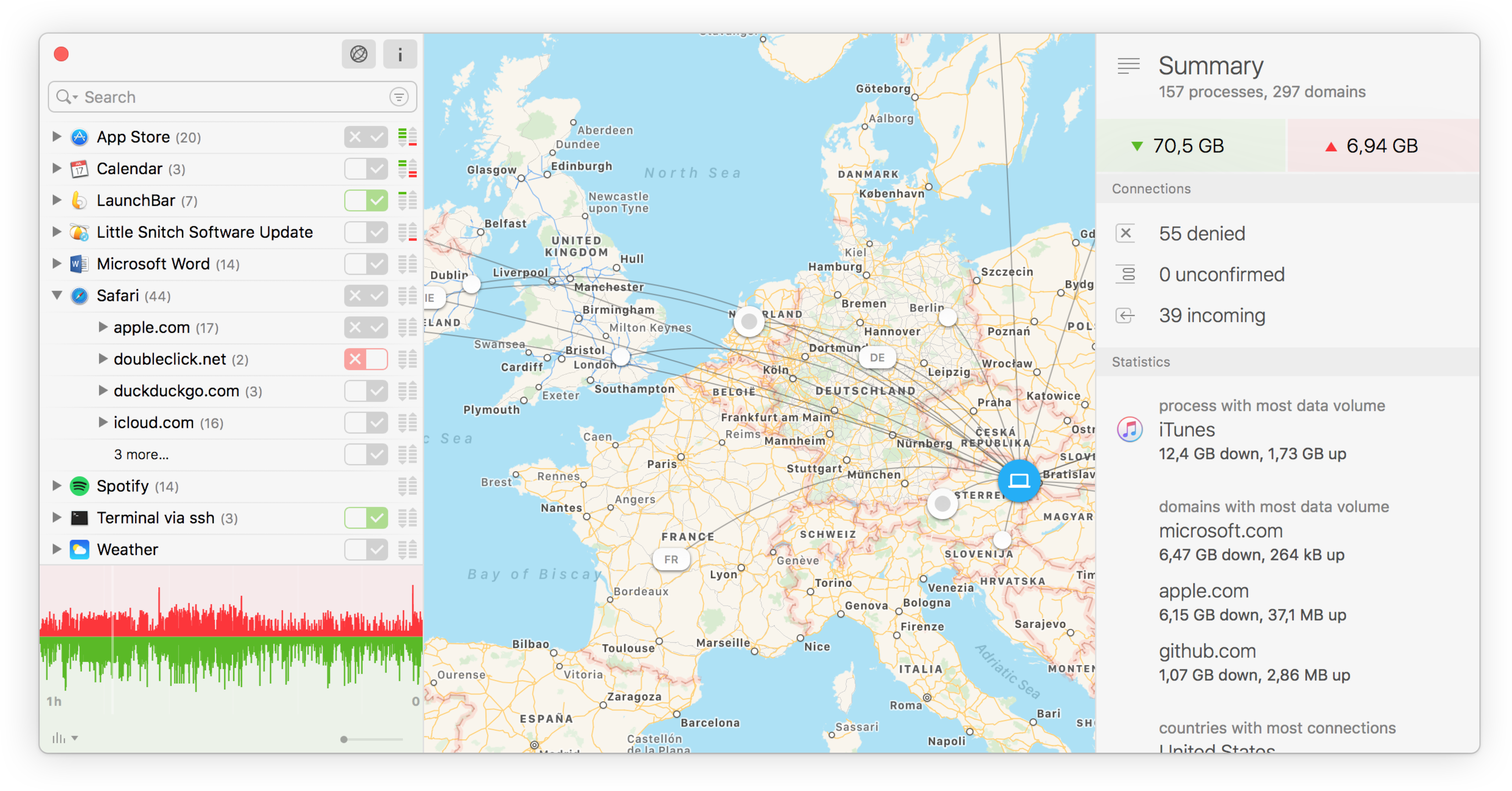 On top of a world map, the Network Monitor of Little Snitch 4 displays an animated overlay with all connections. A zoomable traffic diagram shows data amounts within the past 60 minutes for detailed real-time analysis and retroactive analysis of the total data amounts or data amounts of individual applications.